Greetings! Welcome to the devlog. I decided to start making one now that my storepage is live to allow a deeper dive into the design of the game and to help follow the progress towards the finished product from now on. Consider this first post to be bit of an introduction to what the game is and why I made it.

A bit over a year ago I was on a lesson at my school. The course was teaching us how to use Construct, an event based game editor. I found it quite intuitive, and got past the tasks of the course with ease. Soon enough the idea struck me: despite not knowing coding, now with this program I would have all the tools I needed to create an actual video game. Immediately from that sitting I started doing my own little project on the classroom, continuing during times I was waiting for new tasks. At first it was a couple rectangles jumping around, and a lot of round "skittles" falling from the sky. From there on out, slowly the game started to take shape. I got a key provided by the school to use Construct 3 at home, and from then began the times of working on the game after school days and weekends every so often.

The initial idea was to make a game about monks fighting each other with elemental powers. You would pick up a power up, and it would give you that element's powers to your moveset. You would also choose a new passive upgrade out of 3 random options every time you died.

Yeah. Those ideas didn't work out.  At all. Not only was the direction of the game very undefined and bloated, I also quickly learned that making animations for human like characters would take ages at my skill level, and probably not look that good in the end either. It was time to adapt!

I started sketching out some other character ideas, and leaned back to one my favourite things in my favourite genre, fantasy: wizards and magic. Instead of doing a melee based system which would be very difficult, I started thinking what I really enjoyed doing was just some crazy effects on the abilities. I also really enjoy the visual aspect of anything magical, and if I went the route of the characters using different spells I could go all out in that aspect. So the game's main identity started taking shape, and the monks turned into fun little wizards. 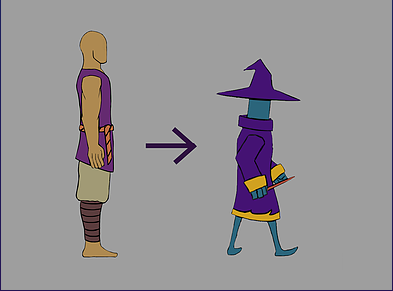 The second big decision was the whole power up system. The idea of leveling up passive abilities after dying remained for quite a while before I realised it's just way too complicated and needless for the game I was making. I also thought of different the ways the players could get the activatable spells. Drafting them, getting a random setup, being tied to different characters. In the end, the classic approach of the spells simply spawning randomly on the map created the best experience. Big part of this is that it adds a core game loop besides the actual fighting as the players race to reach the spells before each other.

With these two things settled, a lot of the development was just hard work! I designed 24 different and unique spells, trying to make each one of them provide gameplay different from the others. And of course, I put a lot of effort to make them look as good as I can, as they would definitely be the highlight of the game. During one month, I marathoned all the character animations. Not quite as exciting task for me as the spell effect animations. And now after starting to work full time on the game for a practical training project, I'm finishing it up by coming up with interesting maps and many quality of life improvements, like a properly interactive tutorial and progression system to ease the learning curve. 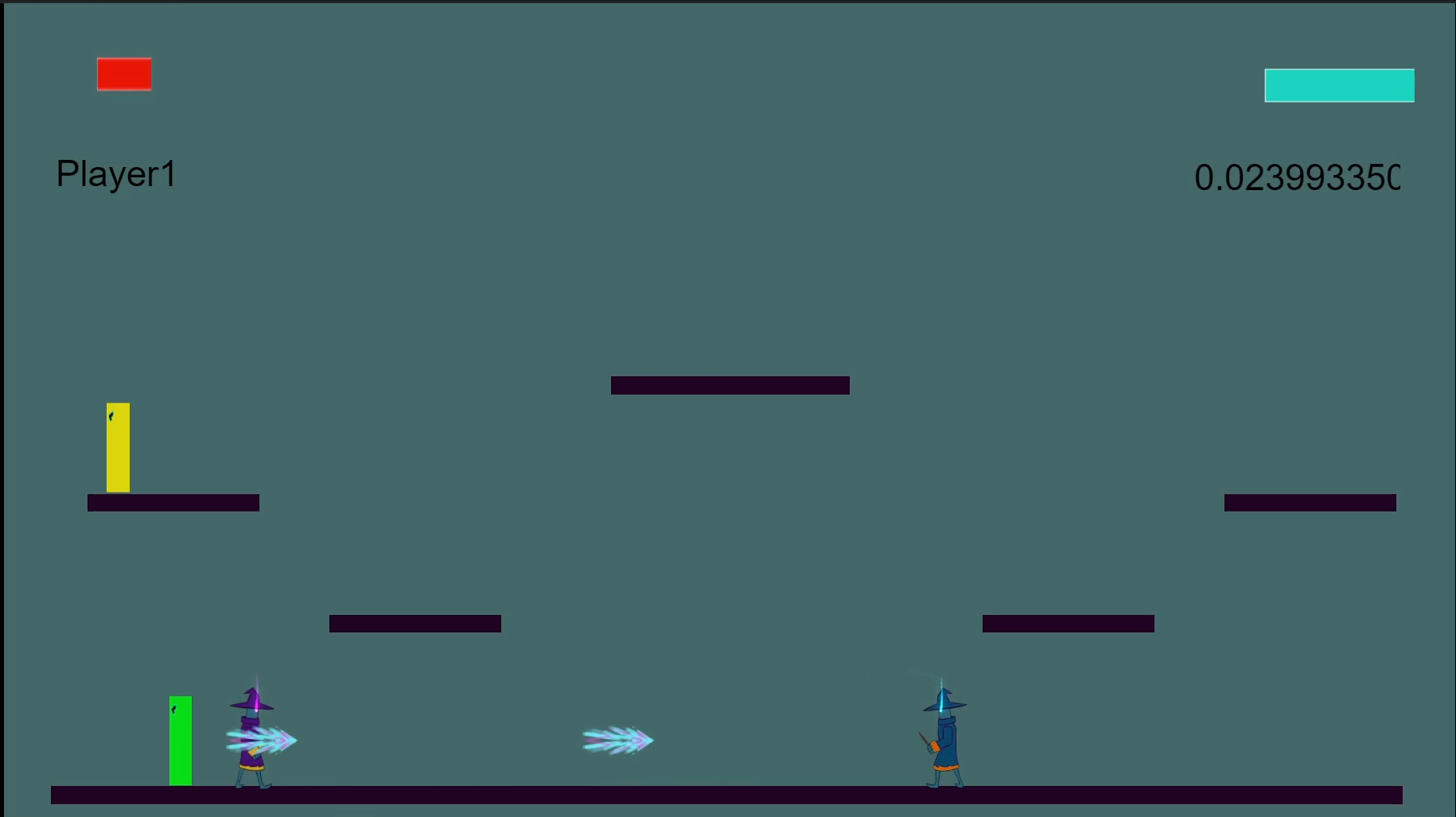 This was the game a year ago! Time sure passes fast.

And as of yesterday, I reached the milestone of having a proper playable demo and the storepage up! It has been a long journey, but there is still a bit left. The plan is to design a few more maps, make some menu graphics and make overall improvements to make sure the game experience is smooth and the level of quality is consistent throughout the different levels. The plan is to aim for a full launch in early August.

That concludes this condensed look into the origins of my game! Hope you enjoyed the read, and that you give the demo build a go. Even if you have nobody to play with, I'm sure master wizard Ukkonen is happy to give you a lesson.

Collect powerful spells and unleash their powers against your friends in this chaotic, up to 4 player platform fighter.